Alma Mater, tho we leave thee,
still our memories linger on,
of our happy days together
and Alma Mater's song.
Of the comradeships we've treasured,
as our hearts in praise unite,
to the glory past all measure
of our noble blue and white. 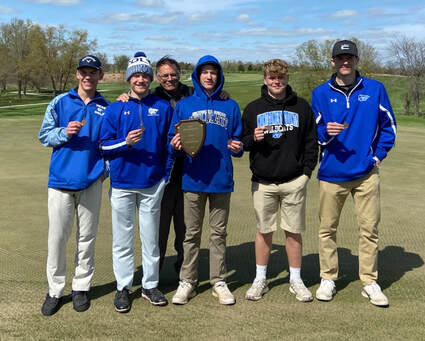 1) The Pre-participation Physical Examination is now valid for a 2-year period (730 days) from the date of which the physical examination was received. This is the form that requires a Doctors evaluation of the student every 2-years. This form is located below named 21-22 Pre-Participation Physical Exam 2-year physical form. This form must be on file with the school district before the students will be able to participate in the first practice.

2) The "Pre-Participation Documentation" annual form located below must be completed each year by a Parent/ Guardian and turned into the Coach/Sponsor before the students will be able to participate in the first practice.

​7) CHECK OUT YOUTUBE SEARCH MCR2 SPORTS TO VIEW ALL GAMES PLAYED IN THE HIGH SCHOOL GYM.

Extracurricular participation has long played a major role in the educational development of public school students.  The Montgomery County R-II Schools are committed to providing a strong interscholastic program, which emphasizes the student's moral, physical, mental, and emotional development.

Montgomery County strives to develop our young people in these four areas,  and realizes the importance of establishing a strong foundation of guidelines that will enhance these four areas of student growth.  It is also important to remember that students must first establish themselves academically as productive school and community citizens before they are allowed to represent Montgomery County R-II High School in Interscholastic activities.

As a member of the Missouri State High School Activities Association, we are obligated to both recognize and adhere to their respective guidelines and policies governing interscholastic activities. Good luck to all the students representing our school and community this season!!! GO WILDCATS!!!